Eureka is the principal city and county seat of Humboldt County in the Redwood Empire region of California. The city is located on U.S. Route 101 on the shores of Humboldt Bay, 270 miles north of San Francisco and 100 miles south of the Oregon border. Population of the city is 27,191.

Eureka is the largest coastal city between San Francisco and Portland, and the westernmost city of more than 25,000, residents in the 48 contiguous states.

The entire city is a state historic landmark, which has hundreds of significant Victorian homes, including the nationally-recognized Carson Mansion, and the city has retained its original 19th-century commercial core as a nationally-recognized Old Town Historic District. Eureka is home to California’s oldest zoo, The Sequoia Park Zoo. The zoo is situated on more than 67 acres of mature second-growth Redwood forest, includes Eureka’s largest public playground and a duck pond in addition to meticulously kept gardens.

Eureka’s climate is mild, rainy winters and cool, dry summers, with an average temperature of 53 degrees.

Eureka hosts the region’s largest monthly cultural and arts event, “Arts’ Alive!” on the first Saturday of each month. More than 80 Eureka business and local galleries open their doors to the public. Often local cuisine and beverages accompany live performances by acclaimed regional bands and other types of performance art. 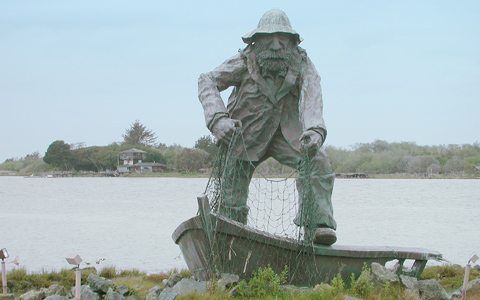 Nice three units in Myrtletown and includes #3243/3245 which is the duplex. The large main house has an extra space on the second floor currently being used as two bedro...

This mixed-use commercial building is a perfect fit for live/work or a great investment opportunity. In the middle of downtown with lots of services. The 1st / main floor...

This two story Craftsman home built in 1914 has all of the charm of it's original design. Downstairs there is a living room, dining room, kitchen, and family room. A laun...

Want that feeling of living amongst the redwoods but all the necessities of living in town, this rural property in Myrtletown is the house for you!First time on the marke...

Owner will carry at 6% interest with 20% down! Large Craftsman home with classic charm, zoned multi-family on large corner lot with alley access, located close to Henders...

Oh boy! This is an iconic home that retains much of its glamor from a century ago. Front porch, elegant lines, Steep roof with many interesting angles and features, a co...

Looking for the perfect home in the perfect place? Chances are you'll want to check here first.